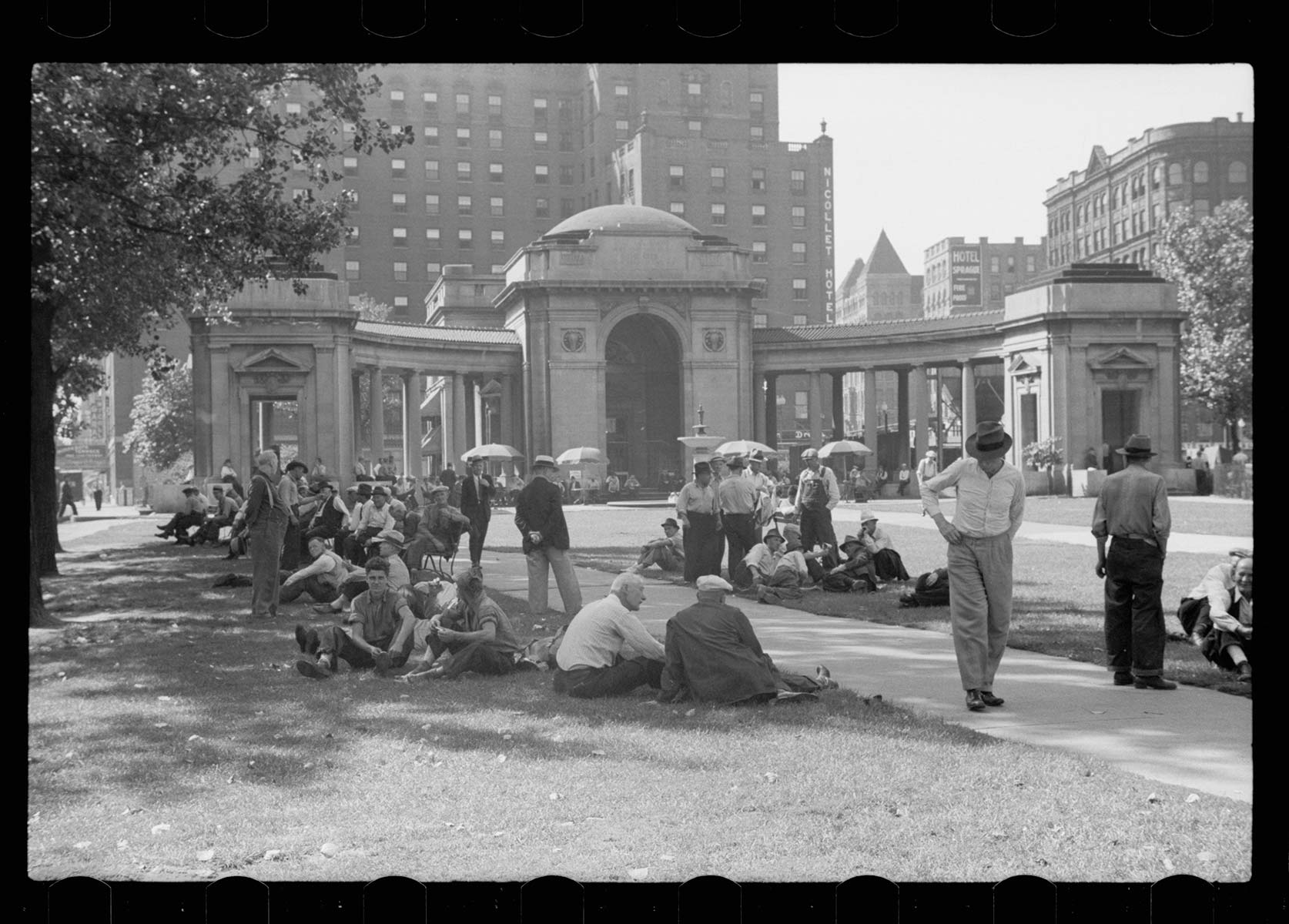 June 14, 2019. One in three adults in Minnesota were out of work during the Great Depression of the 1930s. Unemployed men lived in 15 cents/night flophouses in the ‘”Gateway District” of Minneapolis. Many were hired as Works Progress Administration (WPA) day laborers to build Highway 100 and its showcase Lilac Way section. Often called Minneapolis’ Skid Row, the “Gateway to Minneapolis” was at near the SE corner of Washington and Hennepin Avenues.

First brought to the site in dump trucks, and later busses, the men worked one week a month for 55 cents an hour and were given new work clothes. Chief Engineer Carl Graeser had much of the work done by hand (not machinery), so he could employ as many men as possible.

In 2019, the Gateway District section at Third St. and Nicollet Avenue was sold to United Properties for $10.4 million to build the 37-story ‘RBC Gateway’ project with offices for RBC Wealth Management, a Four Seasons hotel, and condos.

Eighty years later, those long-lost flophouses that hosted the men who built Lilac Way will now be an upscale Four Seasons hotel.

Read about the life of the unemployed men who built Lilac Way during these difficult times.

1999. Gateway. Documentary of destruction of Gateway District in Minneapolis, MN. Frequented by the homeless and targeted by “urban renewal’, these were the men who helped build Lilac Way on the WPA Program. Length – 9:05