“My grandfather Julius Atsch was an immigrant from Hungary and a stone mason and bricklayer. He played a big part in the construction of the beehive fireplaces. We often had picnics at Graeser Park in Robbinsdale. Fond memory! He also built his red brick house at 3900 Washburn Avenue North. It’s as beautiful today as it was over 80 years past. I’m 82 now so it may be the beehives were built before I was born. I just remember his being proud to have been part of them.”

Julius Atsch 1878–1947 When Julius Atsch was born on 17 July 1878, in Puszta-Somorja, Moson, Hungary, his father, Simon Ács, was 23 and his mother, Rozália Szeiffert, was 30. He married Anna Cserpes in 1902, in Hungary. They were the parents of at least 1 son and 2 daughters. He lived in Minneapolis, Hennepin, Minnesota, United States for about 20 years. He died on 6 October 1947, in Hennepin County, Minnesota, United States, at the age of 69. Source

The 1940 Hennepin County/Minneapolis Census lists his occupation as Construction in the Building Industry. 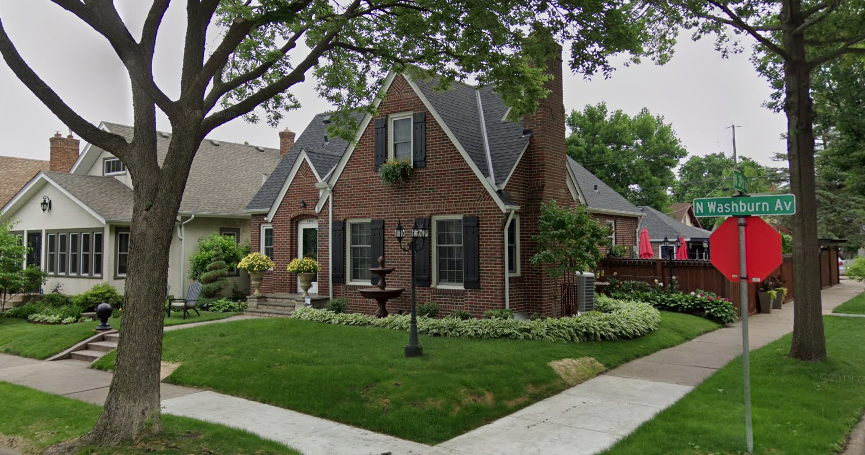 This house at 3900 Washburn Ave. N. in Minneapolis was built by Julius Atsch. He was one of the stone masons that built Lilac Way’s beehive fireplaces.