“My mother, Lorraine Skelly (then of North Minneapolis), took this photo in June of 1944. The three ladies in the photo are some of her friends from Minneapolis Moline (Como Avenue plant), where she worked inspecting Navy shells during WWII. Unfortunately, the ladies in the photo are unidentified (and my mother died back in 1990), so I have no information on who they are.

For a long time I was puzzled about exactly where along Highway 100 (Lilac Drive) this was taken. After looking at pictures and reading about the area on the Society’s website, I realized that I was erroneously assuming that the current St. Louis Park water tower, near the intersection of Highway 100 and Highway 7, is in the same location as this old water tower. I learned that it isn’t; the old water tower was a little farther south, closer to Excelsior Boulevard.

From that info and other pictures and information on the website, I was able to figure out that this photo was taken along Highway 100 very near Excelsior Boulevard, looking to the northeast. I also learned from the website that the buildings in the background in this picture are all long gone, and that the building on the left was called Lilac Lanes — a bowling alley and cafe — which later became the Kings Inn restaurant. If you open this photo and zoom in, you can barely make out the words “Lilac Lanes” posted vertically on the tower on top of the building. I also learned that the stores on the right in this photo were part of the old Lilac Way Shopping Center, on the north side of Excelsior Boulevard near Highway 100.

Kathy Spence Johnson also informed me that this particular beehive fireplace was demolished when the highway was expanded some years ago. It looks like you do have a picture of this same fireplace on your website Feel free to use this photo on your website if you’d like.” 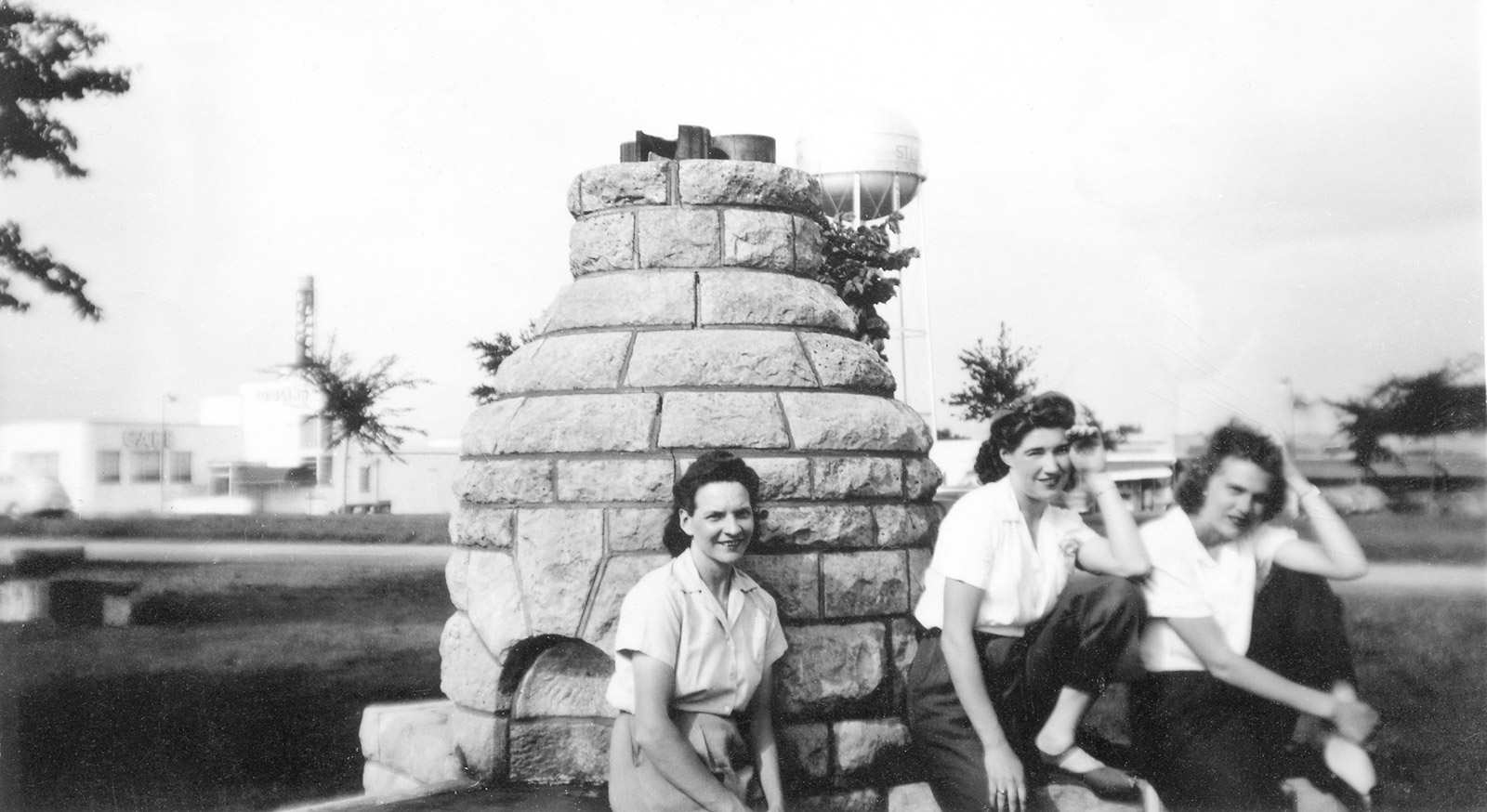 Excelsior Boulevard Park was demo’d in 1969. There were many traffic accidents at that intersection, so they had to remove the park to make the road safer.