“I remember class picnics from Fern Hill School in St. Louis Park, where I attended 4th and 5th grade in 1950-51. The picnics were at Monkey Island (now Rock Island) during the last week of school in late May or early June. Monkey Island was actually a small Island (about the size of a kitchen) surrounded by a circular “moat” a couple yards wide and 2-3 feet deep. There was a little stone footbridge so a person could walk to the island. That was at the north end of the picnic ground.

At the south end was the “beehive” grill and some stone picnic tables with stone picnic benches. The picnic ground was on a narrow strip of grass land bounded by Toledo Avenue on the east, Highway 100 (A.K.A. ‘Belt Line’) on the west, Minnetonka Boulevard (A.K.A. 30th street) on the south and 28th street on the north.

My family moved to St. Louis Park, MN in February of 1950. My first friend in St. Louis Park was Gary Sanford, who lived on the corner of 29th and Alabama. We rode bikes together, and did lots of other things together, too numerous to mention all of them, but I will talk about one incident that stands out very vividly.

This incident happened in the summer of 1950, after school was out.

My mom and Mrs. Sanford took all of us kids (my sister Kath, me, Gary, his sister Gail and younger brother Ronnie) to a picnic, again at Monkey Island. We packed all our food into my toy wagon. I pulled the wagon. We walked “single file” on the sidewalk that followed Minnetonka Boulevard.

We walked about 4-5 blocks to the picnic, myself and the wagon “bringing up the rear”. When we got to Monkey Island, Mom discovered that the potato salad was missing. At first she thought she had left it at home, until she noticed a stray dog hanging around us that had potato salad all over its face! The dog had eaten the potato salad as he kept pace with the wagon that I was pulling.

The dog hadn’t gotten to the wieners however, so we roasted them in the “beehive” grill and had only the hot dogs and buns for our picnic. Because of that incident, we referred to the Minnetonka Boulevard Bridge over Highway 100 as “Potato Salad Bridge”. The original bridge was torn down and replaced in 2015 or 2016. I think the original bridge was one of the early WPA projects, built in the 1930’s.

Now that we have the new bridge, we still call it “Potato Salad Bridge”. 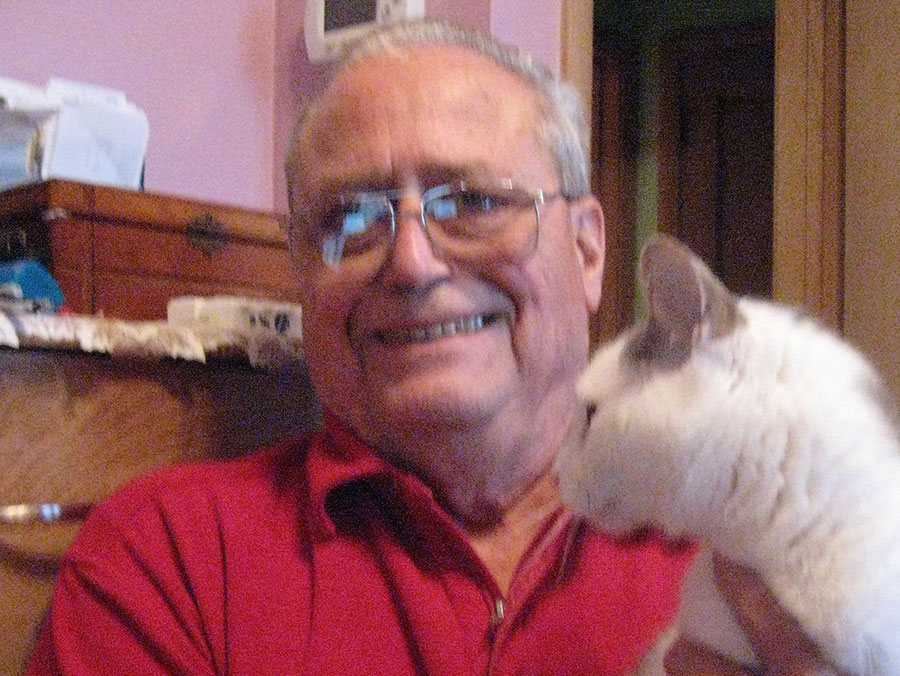 I also remember sitting on that footbridge to Monkey Island with other students, removing our shoes and dangling our feet in the murky water. I remember folding one leg back and tucking the bottom part of it under me and saying: “Hey man, alligator just bit my leg off!” Then one of the other boys would reply: “Oh yeah? Which one?” So I’d reply: “What difference does it make? You’ve seen one, you’ve seen ‘em all.”

Oh, we all thought we were so very funny.”

Photo of Mike and Buddy submitted by Mike Dickinson, 3.1.2019

Rock Island, aka Monkey Island, is one of only 2.5 Lilac Way parks still existing today! Restore Lilac Way hopes the City of St. Louis Park will save and restore it. Learn more about this park.

View the photo albums of Rock Island/Monkey Island (North end of Lilac Park), and photos of the original Lilac Park on Minnetonka Boulevard (South end) before it was lost to road construction..