“I remember those beehive fireplaces from when I was a kid. It was in the mid-1970s. I was living in south Minneapolis and as kids we rode our bikes everywhere. We would ride our bikes to Lake Calhoun and one day we decided to ride further and discovered the park with the beehive. It was one of our favorite spots. I had no idea of the name of the park.* We would ride there and pretend there were castles that we either defended or attacked, depending on which team we were on that day.

We climbed all over that beehive fireplace. I completely forgot about it until seeing this Facebook post. I’ve got actual goosebumps as I am writing this. Thanks for returning that part of my childhood.

Back then I lived in the “Little Earth of United Tribes” housing projects. We didn’t have much, but we had bikes and our imaginations. I honestly never realized how much that place was such a big part of my childhood until today.

*Ed rode his bike to the original Lilac Park near Minnetonka Boulevard and Highway 100. Only the Rock Island section on the north end remains today. The beehive fireplace was moved and restored in 2008 before the south end of the park was razed for road construction. Map to restored beehive.  – Karen 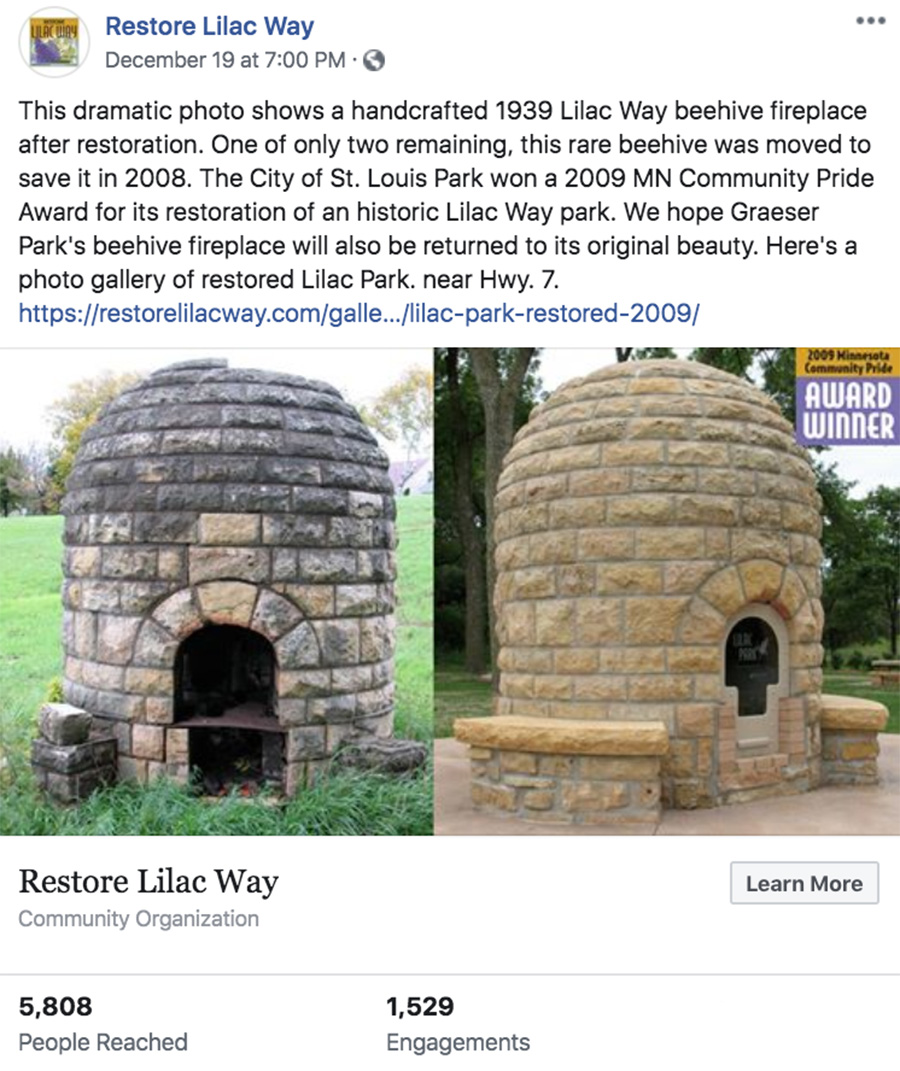